The INSIGHT network is planning a large clinical trial that will randomize subjects, on a global basis, who have CD4 cell counts > 500 cells/µL to have immediate initiation of ART or deferral of ART until the CD4 cell count is < 350 cells/µL . A pilot phase of the study will initially enroll 1200 subjects, with sample size for the remainder of the study to be determined, at the initial Data and Safety Monitoring Board review, on the basis of the event rate. The primary end points will be fatal and nonfatal AIDS-defining events, nonfatal serious non-AIDSdefining events, and fatal non-AIDS events.

Two randomized clinical trials are evaluating the timing of initial ART in developing countries. The HIV Prevention Trials Network will address the issue of when to initiate ART as a secondary objective. The primary objective of the study is to evaluate whether ART reduces the risk of HIV transmission in 1500 heterosexual couples with discordant HIV status. Eligible couples comprised an HIV-infected partner with a CD4 cell count of 350550 cells/µL and an HIV-uninfected partner. The HIV-infected partners are randomized to immediate versus deferred therapy until they develop an AIDS-defining illness or a CD4 cell count < 250 cells/µL. Although the primary end point is HIV transmission to the HIV-uninfected partner, the study will have a unique opportunity for evaluating the effect of early ART.

How Should I Take My Antiretroviral Treatment

Once you start ART its very important that you take it properly and dont miss or skip doses, as this can lead to something called HIV drug resistance, and may mean that your drugs dont work as well for you in the future. If youre finding it hard to take your treatment at the right times and in the right way, speak to your healthcare worker. They can offer you support and give you advice on how to make taking your treatment easier.

The preferred medications for rapid ART initiation are based on the established regimens for individuals who are ART-naive and are restricted to those that can be safely initiated in the absence of readily available baseline laboratory testing results, such as viral load, CD4 count, and HLA-B*5701. The preferred regimens have a high barrier to resistance, are well tolerated, and limit the potential for drug-drug interactions. Initial regimens should be selected on the basis of patient preferences and clinical characteristics, and a preferred regimen should be used whenever possible .

One alternative regimen has been studied formally in the setting of rapid ART initiation, in a phase 3, open-label, single-arm, prospective, multicenter study without the benefit of resistance testing, and produced high rates of viral suppression at 48 weeks .

When following a rapid ART initiation protocol, care providers should avoid regimens containing abacavir because results of HLA-B*5701 testing are not likely to be available. Similarly, rilpivirine should be avoided in any patient who has a viral load > 100,000 copies/mL and in any patient whose viral load is unknown. 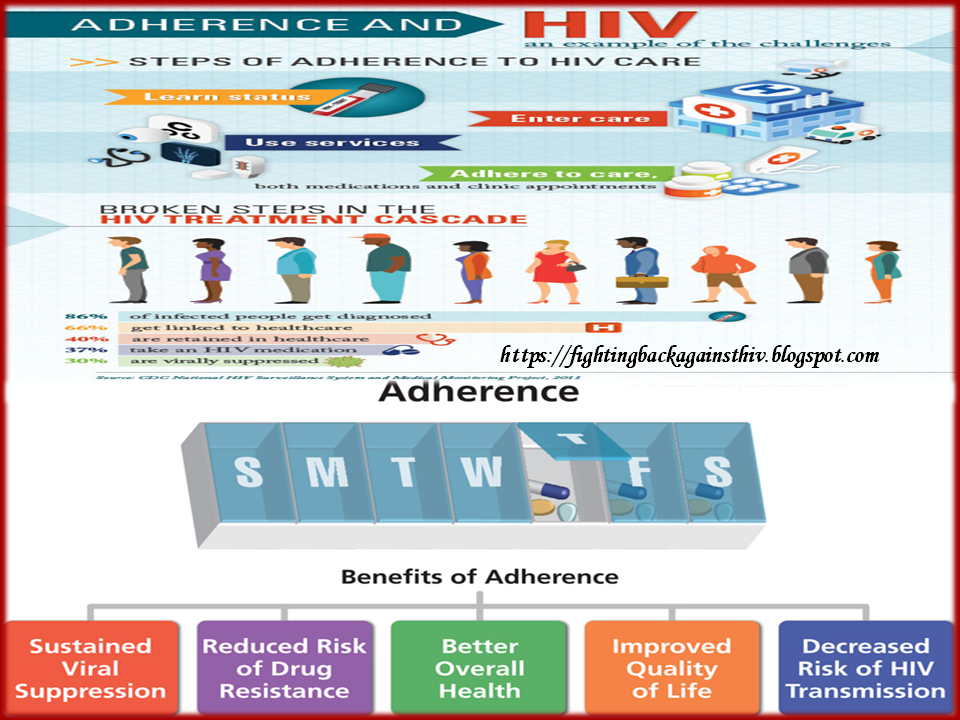 SILVER SPRING, Md., Dec. 20, 2021 /PRNewswire/ — Today, the U.S. Food and Drug Administration approved Apretude for use in at-risk adults and adolescents weighing at least 35 kilograms for pre-exposure prophylaxis to reduce the risk of sexually acquired HIV. Apretude is given first as two initiation injections administered one month apart, and then every two months thereafter. Patients can either start their treatment with Apretude or take oral cabotegravir for four weeks to assess how well they tolerate the drug.

“Today’s approval adds an important tool in the effort to end the HIV epidemic by providing the first option to prevent HIV that does not involve taking a daily pill,” said Debra Birnkrant, M.D., director of the Division of Antivirals in the FDA’s Center for Drug Evaluation and Research. “This injection, given every two months, will be critical to addressing the HIV epidemic in the U.S., including helping high-risk individuals and certain groups where adherence to daily medication has been a major challenge or not a realistic option.”

Participants who took Apretude started the trial with cabotegravir and a placebo daily for up to five weeks, followed by Apretude 600mg injection at months one and two, then every two months thereafter and a daily placebo tablet.

Which Drugs Should You Take

Now that you have learned a little about the types of drugs that are available and how they work, you may be wondering how your provider will know which treatment you should take.

HIV drugs are used in combination with one another in order to get the best results. The goal is to get the viral load as low as possible for as long as possible.

HIV drugs do different things to the virus–they attack it in different ways–so using combinations works better than using just one by itself. Combinations usually include three antiretroviral drugs. Except in very special circumstances, anti-HIV drugs should never be used one or two at a time. Using only one or two drugs at a time can fail to control the viral load and let the virus adapt to the drug. Once the virus adapts to a drug, the drug won’t work as well against the virus, and maybe it won’t work at all.

There is no one combination of HIV drugs that works best for everyone. Each combination has its pluses and minuses.

So, how will your provider know which combination to choose? You and your provider can consider the options, keeping certain things in mind, such as possible side effects, the number of pills you’ll need to take, and how the drugs interact with each other and with other medications you may take.

Print out these questions to ask your health care provider so that you will be ready to discuss combination therapy.

In the San Francisco study discussed above , 89.7% of patients used integrase strand transfer inhibitor -containing regimens and 12.8% used protease inhibitor-containing regimens. The predominant INSTI-based regimen was dolutegravir plus emtricitabine/tenofovir disoproxil fumarate. The clinic did not have any cases of major resistance mutations to the prescribed ART regimen, and no regimen switches were made because of resistance. Two patients had their regimens changed because of rash, and in 10 cases, the regimen was simplified to a single-tablet regimen.

Of 149 patients initiating ART through a program in New York City, only 1 required a regimen change because of subsequently detected resistance .

What Factors Are Considered When Choosing An Hiv Treatment Regimen

When choosing an HIV treatment regimen, people with HIV and their health care providers consider the following factors:

The best HIV treatment regimen for a person depends on their individual needs.

Recommended Reading: How Long Does It Take To Be Undetectable Hiv

When initiating treatment, it is important to educate patients on the benefits and considerations of ART and adherence. Treatment may be deferred on a case-by-case basis, as clinically appropriate.

Consider the overarching principles of providing people-centered care with a focus on the health needs and preferences of patients. People should be supported in making informed decisions regarding when to start treatment.

*Rapid initiation is defined as within seven days from the day of HIV diagnosis people with advanced HIV disease should be given priority for assessment and initiation.

The following conditions make it especially important to start HIV medicines right away:

When Should I Start Antiretroviral Treatment

Its now recommended that people diagnosed with HIV start antiretroviral treatment straight away. This is because the sooner you start treatment, the sooner you can benefit from it. Starting treatment as soon as possible protects your immune system from damage and gives you the best chance of staying strong and healthy in the future.

I immediately started my treatment, and boy I have to tell you, I never experienced any sort of setback and have never been sick – and now I am even undetectable. 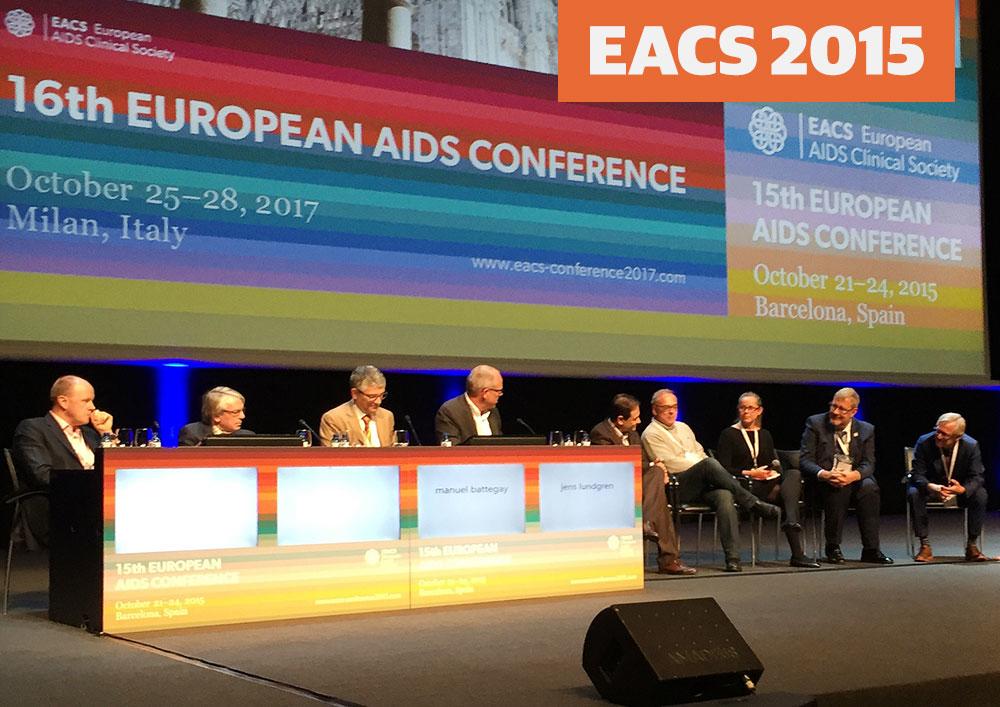 The New York State Department of Health HIV Clinical Guidelines Program and the U.S. Department of Health and Human Services recommend initiation of ART for all patients with a confirmed HIV diagnosis regardless of their CD4 cell count or viral load, for the benefit of the individual with HIV and to reduce the risk of transmission to others . Initiating ART during early HIV infection may improve immunologic recovery and reduce the size of the HIV reservoir there is also evidence that initiating ART at the time of diagnosis reduces treatment delays and improves retention in care and viral suppression at 12 months .

You May Like: How Long Does It Take For Hiv To Show

Can Hiv Survive In Water

How Long Do Hiv Symptoms Take To Appear